A Guide to Our Indian Breads

As a lover of Indian cuisine, you may have come across a variety of bread that make each meal perfect and delicious. Indian dishes are known to contain various types of leavened and unleavened bread.

To give you a fine and authentic taste of this exotic cuisine, we at Purple Poppadom in Cardiff, have a range of traditionally-made popular Indian bread. These include naan, tandoori roti, paratha, and poppadom.

However, we know that merely eating these types of bread wouldn’t be enough to give you a memorable and wholesome experience with Indian food. So, this guide will provide you with in-depth knowledge to learn and discover more about Indian bread!

First on the list is the ever-popular naan bread. This leavened bread is made using all-purpose flour, wheat flour, or a combination of both, active dry yeast, salt, and water. 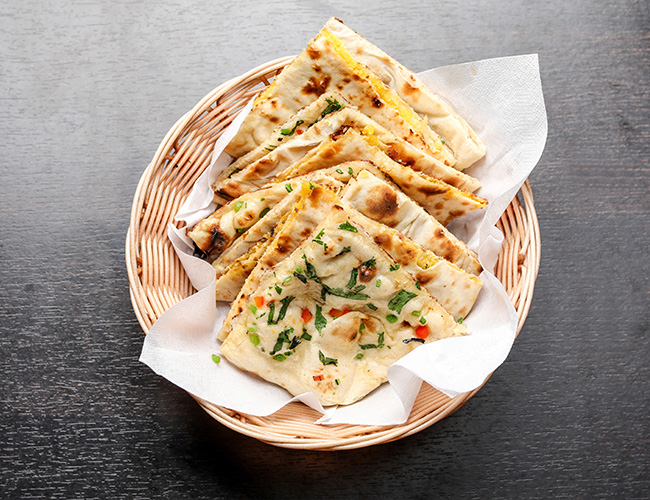 After the dough is made, it is baked in a tandoor (a traditional clay or metal oven). Historically, naan bread is said to have originated from Ancient Egypt, Mesopotamia, and South Asia over 2000 years ago.

However, it is enjoyed by many people from the Indian subcontinent, Western and Central Asia, and even the Caribbean.

Naan is flat and fluffy and best served hot. This bread is usually eaten with curry dishes by scooping the gravy or sauce with the bread.

There are different types of naan bread, so you can find something for yourself no matter your dietary preferences. Here are a few of the naan bread selection we offer: 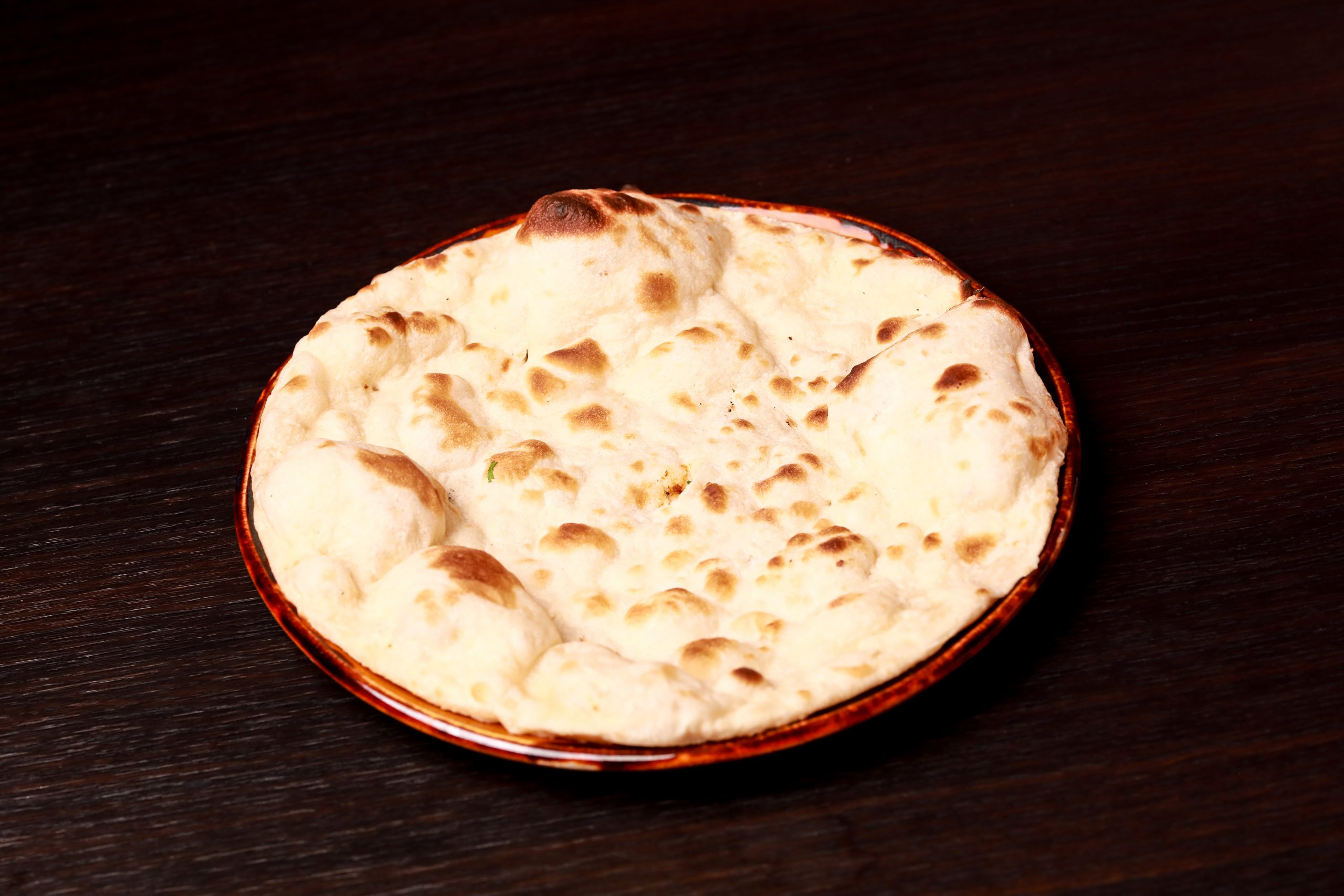 It is also thicker than roti, has a soft centre and crisp edges. Indians often enjoy this type of bread from the Northern part of the country.

Tandoori roti is also regarded as a healthy option. Many prefer this bread for breakfast with a side of sabji or spread some butter on. The ingredients used to make tandoori roti include the following:

The yoghurt and oil are what give the bread its soft middle. The addition of sugar and salt is to give the tandoori roti some taste and flavour. Lastly, baking soda and baking powder act as leavening agents.

Paratha is said to have been in existence as early as the 12th Century. It is no wonder it is a popular unleavened bread. This flaky and layered bread is made from atta (whole wheat flour), salt, ghee, and oil. 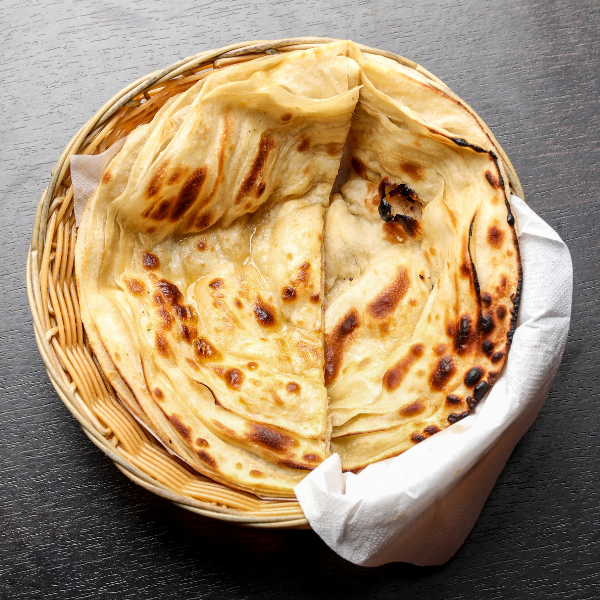 What makes it popular is that it can be enjoyed at any time of the day with a variety of sides. You can pair it with vegetables such as cauliflower, lentils, or potatoes. It also goes well with curry dishes, or you can have it with dahi, pickles, or chutney.

Like roti, the paratha bread is made by baking or cooking the dough in a Tawa and finishing it with shallow-frying. However, the technique used to create this bread is quite complicated.

The laminated dough technique, as it’s called, is used to create the layered look of the bread. Despite the hard work involved, the satisfaction you would have at the end of the day makes it all worthwhile.

There are several types of paratha; below are a few:

If you’ve seen poppadoms, you may not consider them as bread. In many ways, they do qualify as such! Poppadoms are typically made from black bean flour, but it is not uncommon for them to be made with tapioca, potato, chickpea, or rice flour. Salt and peanut oil are added to the dough. 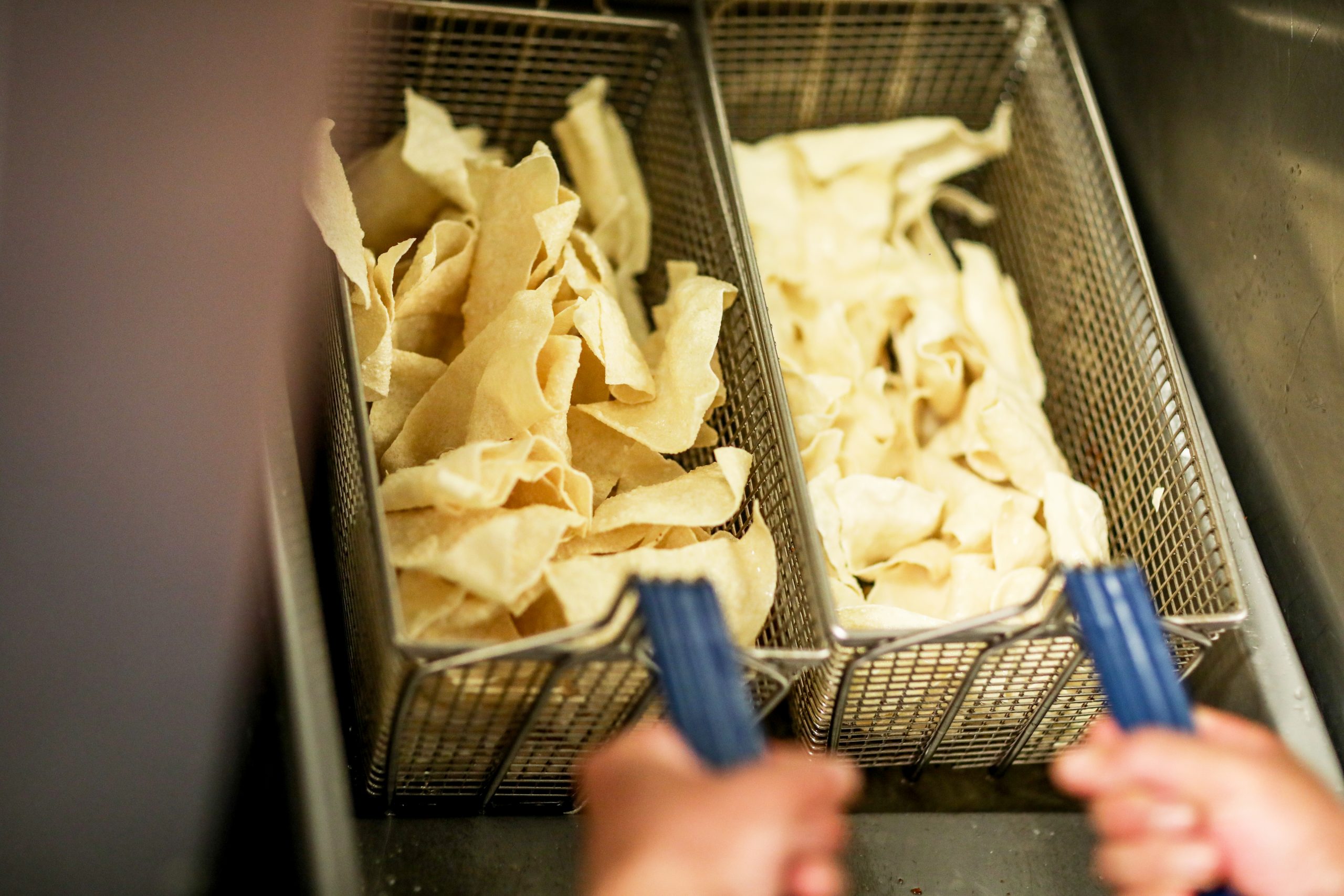 Once the dough is made, it is rolled into thin flat shapes and put on an open flame to cook until crispy. In Indian cuisine, poppadoms are usually served as a side to the main meal or as an appetiser. It is also enjoyed with a dip of chutney.

Now that you know about the types of Indian bread, why not give them each a try? Come to us whenever you’re in the Cardiff area and you’re craving authentic and unique Indian cuisine. Why not try something new! Our Chef Anand George is looking forward to giving you hearty, healthy, and deliciously fresh twists on traditional Indian cuisine.

Click here to view our menu including, of course, our selection of Indian breads!