Paneer – The Cheese of Choice in Indian Cuisine

Paneer, also called Indian cottage cheese, is one of the most popular cheeses used in Indian cuisine. It certainly plays an important role in the cuisine of Purple Poppadom and to celebrate it, we have created the little guide to paneer and its uses.

Did you know that?

The Origin of Paneer in Indian Cuisines

Paneer, also known as the Indian cottage cheese, is a cultured, creamy, unsalted cheese. There are various theories about its origin.

Some say it was invented by the Portuguese; and that a Portuguese person was the first to prepare paneer in Bengal, India, in the 17th century.

Other sources say that paneer originated from Persia and reached the Indian subcontinent under Muslim rule. According to this theory, paneer comes from Persia and significantly, the term “paneer” is derived from the word “peynir” or “cheese in Turkish and Persian languages.

Still, another theory argues that paneer was introduced in India by Iranian and Afghan travellers. It’s thought that they brought it from the north-western region of South Asia.

Though nobody can clearly define its origin, it’s undeniable that paneer is a common native dairy food across India, Iran, and Afghanistan.

Today, paneer is a popular food present in many Indian meals. Nothing can separate paneer lovers from their favourite delicacy! Being a versatile ingredient, it can be enjoyed as a starter, as the main course, or as a side dish. In fact, at Purple Poppadom, paneer features in all three courses on our menu.

Although paneer is most prevalent in Nepal, Bangladesh, and Pakistan (Indian subcontinent), its palatability has also spread across Southeast and Middle Eastern Asia. It is also an ideal source of protein for Lacto-vegetarians across Afghanistan and Nepal as well. 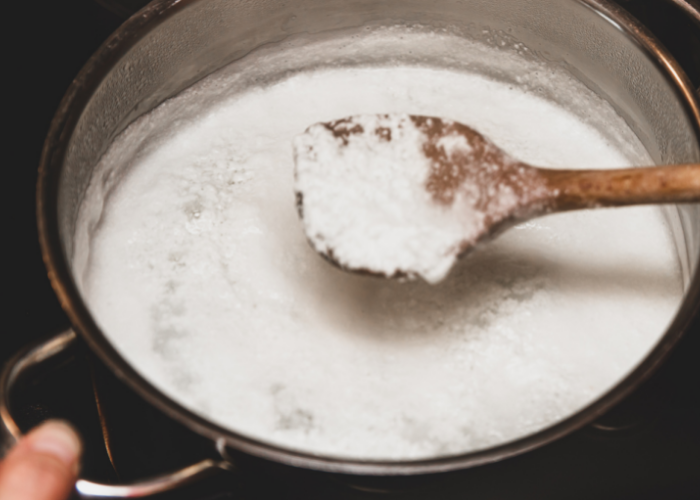 Paneer is made by adding an acidic food component to hot milk, causing it to ‘split’ and create the whey curds from which paneer is formed. In times past people used buffalo milk, but these days cow milk makes for equally tasty paneer.

Vinegar, lemon juice, yoghurt, or citric acid can be ideal for splitting the whey curds. It is strained through a cheesecloth to separate the whey solids and refrigerated for roughly three hours to enhance its feel and look.

The paneer is then pressed for a number of hours to create a solid portion of cheese. If softer and fluffier paneer, is required, it is pressed for a relatively shorter time, say 20 minutes.

When the paneer is ready, it is cut into cubes and another batch is ready to enter the world of great Indian cuisine!

Vegetarians enjoy assorted paneer based delicacies as a perfect substitute for meat dishes. Below are some popular paneer dishes served at Purple Poppadom Indian restaurant in Cardiff. 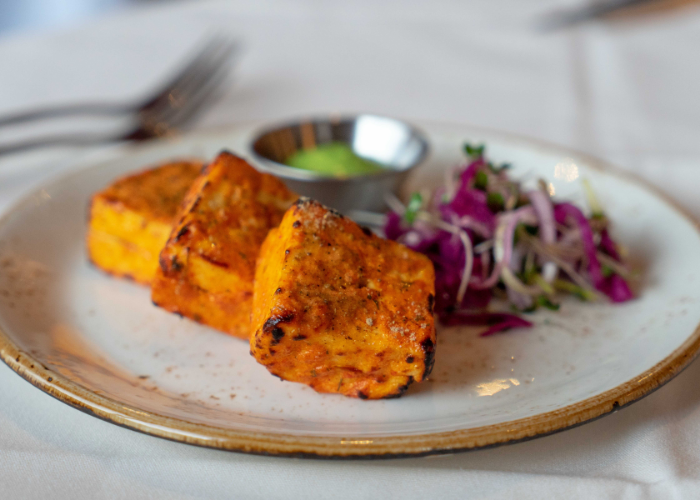 Here, slices of fresh paneer are marinated in various seasonings and grilled in the tandoor. This shows just how robust the paneer is as it can easily cope with the intense heat of the oven without melting or changing in form.

At Purple Poppadom our Paneer Tikka starter is marinated with Kashmiri red chillies and spices, giving it a great depth of flavour without excessive heat. 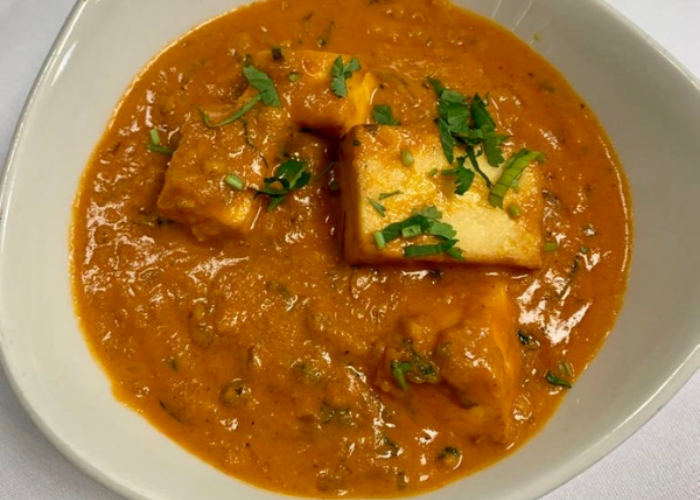 Paneer Lababdar is a flavourful dish made in the Mughal style of cuisine in the North of India. Some say that Lababdar means to surrender to a strong desire for something, and the way that Paneer features in this dish does make it irresistible!

It is certainly very popular on our menu, created it as it is in a spiced onion and tomato sauce. 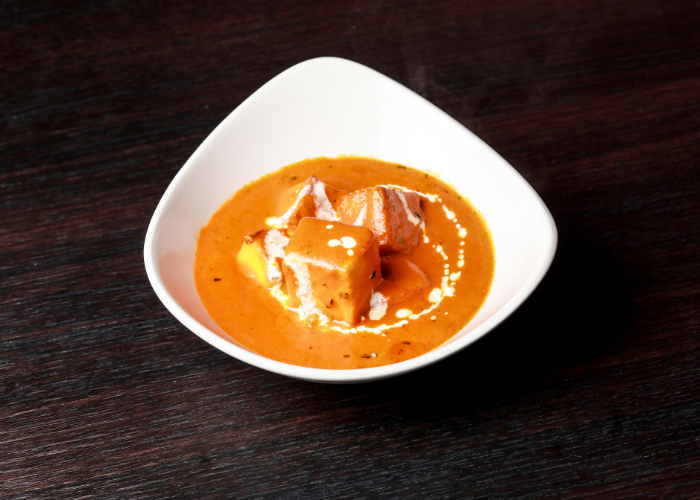 Paneer makhani, also known as paneer butter masala, is a deliciously luscious dish from the state of Punjab in North India.

At Purple Poppadom our chefs prepare it by steeping the paneer in a rich tomato sauce flavoured with fenugreek leaves.

Whichever way you prefer your paneer, we love presenting this highly versatile and accommodating ingredient in all its variety and splendour.

Of course, we would say that the best way to enjoy paneer dishes is to experience them by dining-in or with a takeaway, from Purple Poppadom!

But, if you like to try your hand by cooking with it at home, here is a recipe from the book of our founder, Anand George, entitled: ‘The 5,000 Mile Journey.’ 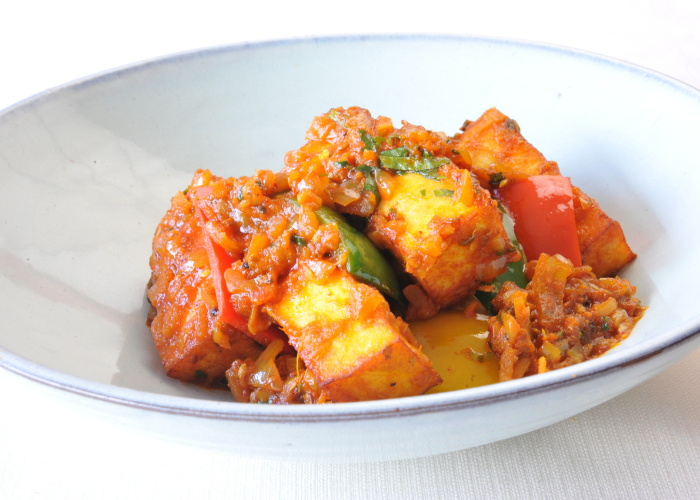 Dry roast the spices individually on low heat. In a blender crush the Kashmiri chilli first, then combine the cumin, coriander and black peppercorns and make a coarse spice powder. Store in an airtight container.